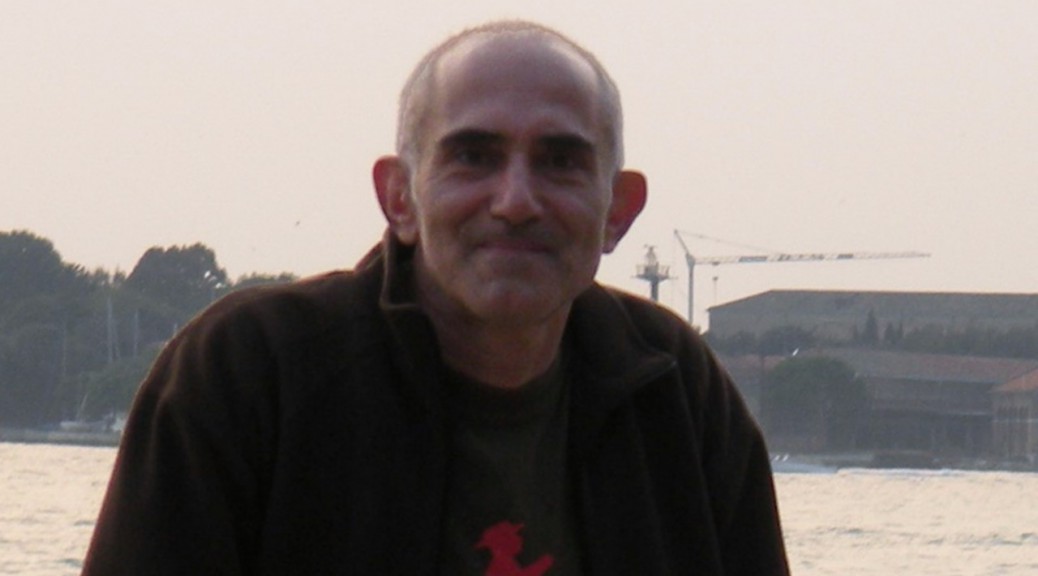 We publish today the article ‘Eco-communities and the Commons‘ by Nikos Anastasopoulos, FLOK Society Project researcher, who is going to talk to us about this topic at the pre-festival event of CommonsFest on Friday 17 April in Heraklion.

The word “ecocommunities”, which I use every day for many years because of my research field, includes the words “communities”, “common” and “oikos”, which means house in ancient Greek.[1]

I believe that is not accidental. The fact that a word provides an opportunity for reflection is associated with fundamental functions of language. Such an alchemical partition of the relatively new term “ecocommunities” is the reason I engage with the concepts of the “common”, “community” and “ecocommunity”, which are all very relevant at present, as well as politically charged. I decided to try a parallel approach, which forms the content of a book I am working on. Each of these concepts, by itself, is a topic of passionate debates, inquiries and research.

I recently read an article which claims that an outrageous number of 72 ecocommunities exist in Greece, which of course has nothing to do with reality, but is indicative of the glamorization and exaggeration surrounding the topic, compared to a few years ago when there was nothing. In some circles, ecocommunities are considered to be the answer that, along with others that belong to the arsenal of alternative weapons, society has been looking for in response to the ills of current times.

Ecocommunities emerged as a social, political and residential phenomenon and then rather recently as a concept for an “experimental state of exception” in the realm of human communities and living formations. Ecocommunities were politicized (see square movements) and appear either next to many other forms of “alternative resistance” (see conservation and free reproduction of traditional seeds, alternative forms of economy, theories and movements around the commons and many others) or incorporate all of them in a generalized alternative lifestyle which they seem to represent.

Community is an overused concept which nowadays evolves rapidly, having expanded to the extent of including conditions of relations and situations that were unknown just a few decades ago. The word “community” is now used as a common place in talking about situations that didn’t even exist a few decades ago, but which have now become characteristic of everyday life. Among these situations we certainly mean the social life taking place through social networks on the internet, which are not related in spatial terms, yet possess characteristics that we attribute to traditional forms of human community.

In 1887 German philosopher Ferdinand Tönnies (Tönnies, 2011) introduced the concepts of Gemeinschaft and Gesellschaft to describe the distinction between two types of human group formations: Gemeinschaft refers to the idea of a community based on emotions of belonging and of mutual bonds, elements which by themselves are goals worth preserving and where members are the means for accomplishing that goal. Gesellschaft refers to group formations which exist because that is considered of great importance to the personal agendas and aims of their members. K. Karavidas (1890-1973) was a systematic researcher of communalism with a strong grasp of greek history, the greek landscape and the greek social peculiarities. In his writings on agricultural societies, the history and pre-history of communal life and the commons in Greece, he maintains that much of the power and endurance of greek society was the outcome of characteristic structures which were embedded in traditional greek communities (Karavidas, 1981). He reckoned that it was precisely these structures that helped greek culture survive during the period of ottoman domination and were responsible for the vigorousness and resilience of greek civilization over time. However, according to him, the modern greek state is from the outset responsible for the decadence of modern greek society, as the centralized state bureaucracy, which was in favor of centralized governance, played a decisive role in discouraging local initiatives.

Zygmunt Bauman also remarks the relationship between individuality, consumption and capitalism harbored by Gesellschaften, suggesting that its emergence was a form of resistance against the often problematic aspects of the community, which some of its excluded members might experience as prison (Bauman, 2000). That is why any contemporary attempts to reconstruct the community should definitely take account of these dangers so as not to fall into the trap that is likely to be hidden in a traditional form of community.

For many centuries and with the passage of time – even this moment rather intensely – there occurs a systematic dispossession and deprivation of life from the commons, for the benefit of the private as well as the public spheres. Thus, we are deprived of a culture of the commons and experience every day the tragic consequences and effects of this deprivation. The notion of the commons is an area of thought, of policy and activism. However for various reasons the nature of the commons remains hard to comprehend, defying easy classifications and categorizations, maybe because they are themselves in a state of flux and expansion. The commons have been discussed and analyzed extensively in terms of economics and management, yet little attention has been given to their role as the regulator of behavioral codes and as an index of way of life, nor have they been analyzed in spatial terms as a special category of spaces, such as private and public spaces. However, one of the basic differences between the modern western civilization and olden times or other cultures consists in the fact that it is based on the conceptual dualism of the public and the private.

The commons in a state of domination by the public-private bi-pole constitute today a hybrid category, as they can be the outcome of modification of their previous state of existence as private or public spaces. In such a climate, the category of the commons has become weaker and remains somewhat abstract, in a context in which the private sector has an increasingly more hegemonic position. The concept of the commons, as well as the category of social relations and spatial typologies upon which this concept is based in order to remain alive, was once self-evident, unlike today. However, even though the expansion of the private and the public tends to occupy the totality of space, there are always gaps.

And it is in these gaps that the feeling of the “common” emerges spontaneously, opening up new areas of human production, culture and politics. This area is likely to have a decisive effect on the way we seek answers to the local and global dead-ends of today and shall live in the future.

*Dr Nikos Anastasopoulos is a researcher and an architect teaching at NTUA’s School of Architecture. As a Prometeo post-doctoral researcher (IAEN, Quito, Ecuador 3-12/2014), he contributed to the authorship of strategy plans for the FLOK Society project and carried out research in sustainability issues, Buen Vivir and the management of the Commons and their influence on urban environments. He is a co-founder and member of groups for the city and the commons. His book ‘ΟικοΚΟΙΝΟτητες’ will be published in the coming months by Εστία.