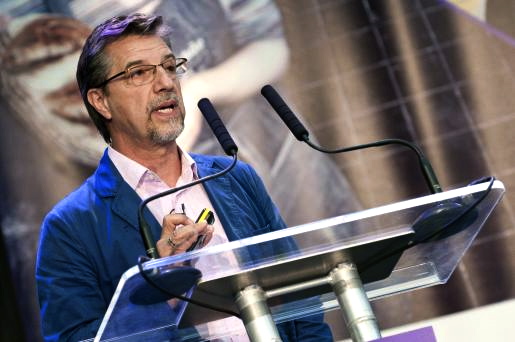 John Restakis, coordinator of FLOK Society‘s research stream on the social-solidarity economy and institutional innovation, will be with us at the pre-festival event of CommonsFest 2015, which will be held in Heraklion on April 17-18. John will give a talk on Friday about the “Co-operative economy and the Commons“. Here’s the abstract that John sent us:

The Co-operative Economy and the Commons

Ever since the rise of large–scale industrial capitalism in the 17th century, co-operativism has been used as a form of social self defense against the domination of capital in markets, in the broader economy, and in recent decades – the colonization of civil and public spaces, both social and economic. This process has been accompanied by a steady encroachment and enclosure of what were formerly commons. In this way, the idea and the practice of co-operativism and the phenomenon of commons have been closely interlinked historically and philosophically.

Today, there is a re-emergence of the idea of the commons fuelled in part by the rapid enclosure and elimination of all remaining commons, and the rise of digital technology that in its unique way, has fostered new forms of commons production and sharing in the field knowledge and information – the rise of immaterial commons. In addition, co-operative economies have been able to offer examples of how co-operation and the promotion of mutual benefit can not only compete with, but also outperform, the capitalist paradigm.

This session will explore the historical rise and evolution of co-operative economies and what lessons they can share with the new commons movement. In turn, I will consider how the commons movement in turn holds important lessons for how co-operativism needs to adapt and change if it is to offer a viable alternative to the economic and social challenges of a global corporate culture.