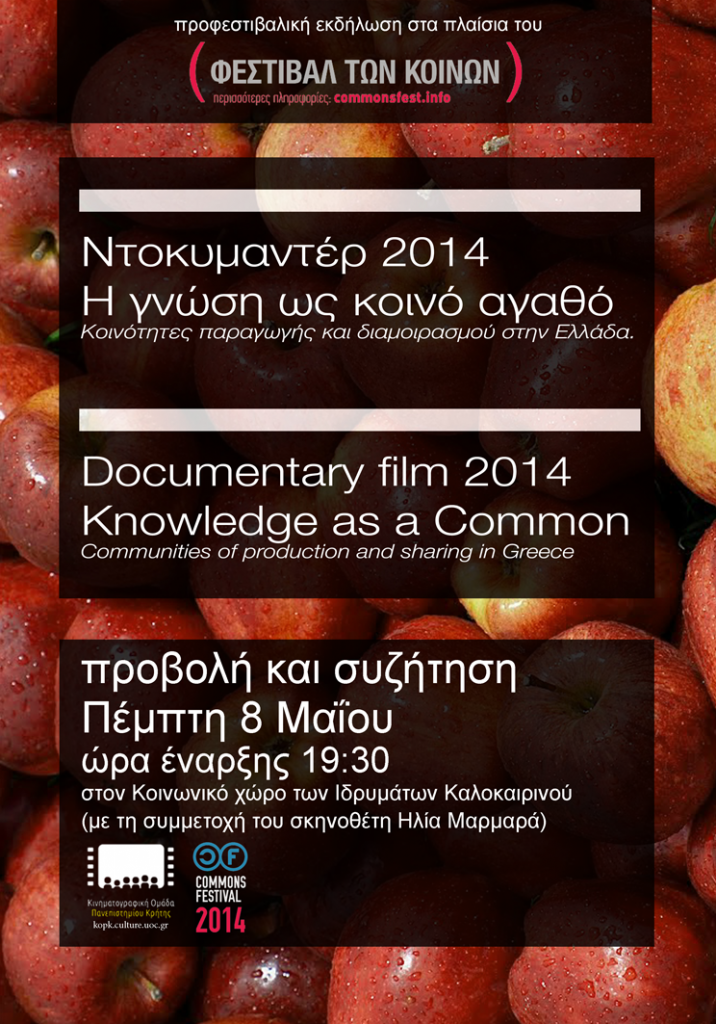 The Cinema Group from University of Crete who organizes screenings of documentaries and movies, is organizing the screening of a documentary on Thursday 8th of May as a pre-festival event:
“Knowledge as a Common, Communities of productiong and sharing in Greece”, from the director Ilias Marmaras.

The screening will start at 19:30 at the Social Place. A discussion will follow with the participation of the director. Free Entrance.